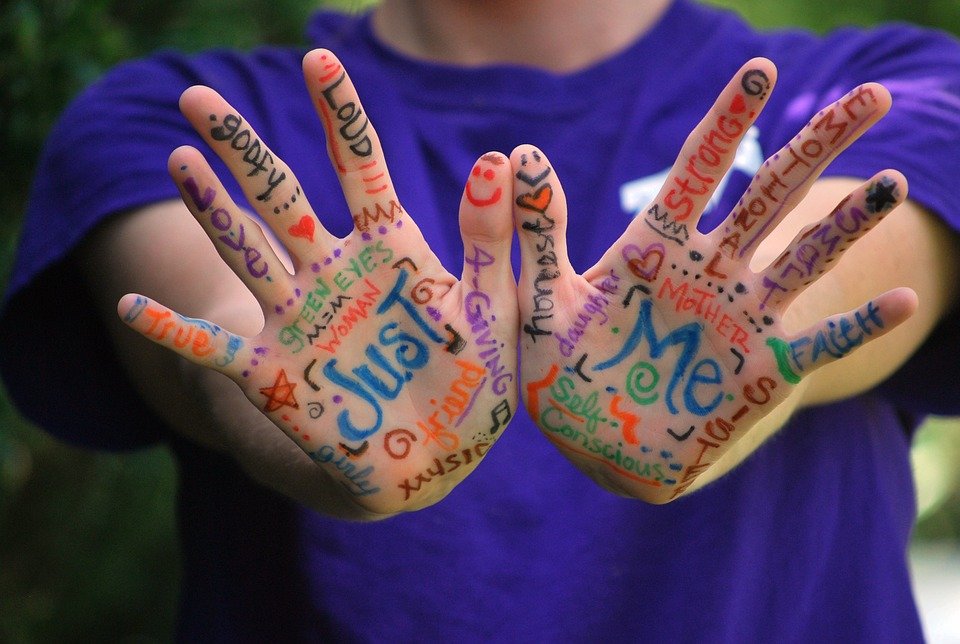 Is it true; is it kind or is it necessary?

There’s One more, is it Helpful?

My mother used to say that I was too sensitive. But I kind of liked it that way. I understood compassion before I learned The Star-Spangled Banner. The stars aligned and I couldn’t manage any other way.

From the time I was a child, I stood up for victims of bullying, ridicule, punishment, and humiliation. I wanted to live in a world where giving a person a piece of your heart was the only item they needed to pack on their life journey.

How we treat others says everything about who we are. How we are treated says everything about who we hang out with. We’re only human though and have a tendency to remember nasty little mutterings and insults harder and longer than any lovely praise bestowed upon us. Of course, we should turn it around, hopefully before it becomes another old wound.

I became a Professional Organizer before it was even called a Professional Organizer. All I knew was that I wanted to help people learn a skill that was so easy for me. Organization could turn lives around and I knew exactly how to do it. I cared about creating change for people who were desperate to move forward with their lives but limited by their own personal inabilities to get organized.

So, I coached and cheered people on with every positive step as their confidence and habits began to change. I heard their stories, challenged their weaknesses and listened to their troubles as I moved them towards freedom from , of any sort.

I was lucky. Most of my clients were respectful, kind and lovable. So many became my friends and stayed my clients, making it very difficult to continue a professional relationship, but we tried.

Not long ago, a colleague asked me to help her with a moving job. A young family was anxious to settle into their posh Fifth Avenue duplex which they had been renovating for two years. Every detail was spectacular and architecturally enhanced from the intricate millwork to the imported floors. The grand custom closets, the opulent chandeliers, the crystal door handles, the oversized windows and the glass rooms.

The kitchen though was a completely different story. The pantry was minimal for such a large family. There was really nowhere to put glasses, that is, nowhere near the sink or refrigerator. And, everyday dishes had to be put in a completely different area. Cabinets and drawers lacked the right shelving and dividers. Everything was the wrong size and most everything didn’t fit unless it was stuffed in. That’s why I always believed that Professional Organizers should be a part of the design process.

Halfway through the day, the client arrived with a team of designers swarming around her. The apartment was filled with contractors and workers who were desperately trying to get the home into a move-in condition. There were electricians and people who measured windows and fixed the cooling and heating and lighting and plumbing.

There was a leak, closets weren’t ready for storage and after unpacking and redoing the kitchen three times, because there were too many people giving too many directions, it had to be covered with plastic because they were drilling and dust was everywhere.

So when walked in with a voice as audible as any of The Housewives of New Jersey, my first thought was, “What have I gotten myself into?”

She quickly scanned the children’s bedrooms and in a high-pitched, piercing shrill, turned to my colleague and shouted, “These weren’t my expectations!” My colleague tried to explain that she wasn’t finished but the woman snarled back, “I’m allowed to have my expectations, aren’t I? It’s not going to stay that way!”

Then an argument broke out because everything had to be redone, again like a magazine editorial. A young interior designer stepped in to tame the shrew as she was howling for everyone to take it down a notch.

All I can say is, never, ever- ever have I experienced anything like that on a job. I was glad it wasn’t my job and all I wanted was to go home. I was embarrassed for my colleague who was humiliated in front of everyone, especially her own team of organizers. How could people behave so badly?

This is Not What I Learned in Kindergarten

We live in a world of imperfection. But whatever happened to people like they are human? Disrespect can crumble our spirit in any relationship. The people we live with, those we love, the people we work with, the people who try to help us and those whom we try to help. Just like in Mr. Rogers’s neighborhood, you want to feel accepted and understood.

So, what are the behaviors I’m talking about? They can be less than human behaviors that send you into a spin. They can be sudden, catch you off guard and they can even be unexpected. Not always though. They may not be hair-raising but rather smaller acts of disrespect. Here are some examples of people who behave badly:

Is it true? People Who Gossip

This could be you or me because we are human. Whether you are the victim, storyteller or both, gossiping begs a reality check. Gossiping is unkind, unnecessary and often untrue. It’s a wicked betrayal because you’re sharing the details of someone’s life and their privacy has now been hacked. The repercussions are harmful. They can quickly destroy a person’s reputation and good standing. Spreading rumors is a cruel disregard for others that perpetuates a culture of gossip.

Is it kind? People Who Are Dishonest

Many years ago I questioned my then four-year-old about a tall tale she insisted was true. So we read the story of Pinocchio, which gave me the opportunity to ask, “Do you remember what happened to Pinocchio when he lied”? She was quick to answer: “My nose never grew before when I lied.” It may be cute when you’re four. But for the rest of us older souls, lying is lying and there’s nothing cute about it. Our morals and values determine our character and integrity. So, it can be painful dealing with people who have been dishonest or have shown immoral acts of behavior. Dishonesty erodes trust. Once lost, trust is so difficult to regain as it can crumble our faith in the other person.

Is it Necessary? People Who Don’t Respect Your Time

Time is one of the most important (and non-renewable) resources in life. So why do some people think it‘s acceptable to waste someone’s time? Whether it’s chronic lateness, not keeping promises, not showing up, unfinished projects and not understanding that “No” is a complete sentence. Disrespecting your time is an unnecessary casualty when we are juggling way too much, in need of support and creating an unhinged spirit because time is slipping away and our own plans have been uprooted.

Is it Helpful? People Who Make Waves

I don’t like complications so I’ve learned to identify people who create issues that throw you off if not under the bus. These are people who are spoilers, sabotage plans, create unnecessary drama and undo you until you’re undone. Remember my four- year old above? She ditched Pinocchio and became a savvy and astute communicator. She’ll turn to a person who is creating interference and ask simply, “Is this helpful right now?” In a snap, the waves turn into a low tide.

How to Rise Up When People Behave Badly

We wanted to rise out of our chairs to see what was going on. A group of us were in a restaurant celebrating our dear friends who were moving. They decided to their life’s dream, live on their boat and sail the seas. As we were chatting away, a horrible fight broke out in the kitchen. There were loud voices shouting and cursing. We heard slamming, dishes breaking and it just didn’t stop. The manager was in the middle of it all. Clearly shaken up and upset. Diners were leaving, and our own celebration was coming to a speedy end.

I wondered if at any moment the chef and the cooks and the kitchen staff and the manager stopped to consider that there was a world beyond them. Many people made their way to this restaurant to enjoy a lovely evening out and perhaps unwind from a stressful day. I’m sure nobody wanted to pay for an ugly brawl and bad behavior.

We may not be able to prevent someone else’s bad behavior but we can take care of how we rise up and respond when someone is being less than human. Though it can gnaw at our sense of self, it doesn’t have to ruin our day, disrupt our plans or open up old wounds. With practice, it can even become a benchmark for teaching other people how to treat us. How we respond when people behave badly sets the standard for how we wish to be treated. So, how do we rise up?

Differentiate the Person from the Behavior

In other words, their behavior towards you says more about them than it does about you. We really don’t know what struggles someone is facing that causes behavior or outbursts. Anyone can have a bad day. When a pattern, then it wasn’t just a bad day. The best thing to do is not take it too personally. Try to let it go and move on. Holding on to negativity will keep you stuck where are you are.

We cannot control what people say or do but we can control the positive space we create around ourselves. When interacting with negative people, your best option for maintaining positive boundaries is to walk away. Just remove yourself from the situation, being very clear and firm about where you stand.

Control Your Own Emotional Reaction

People behaving badly want a strong reaction from others. By reacting negatively in response, you validate their demoralizing behavior. It may be tough not to react reflexively, but thinking about your actions before responding can make all the difference to the situation. The benefit of this is that you get to maintain your inner peace.

Yes, sometimes our emotions can get the best of us but it is important not to let bad behaviors control us. It is not pleasant being around people who behave badly.

When You Live by the Golden Rule

When you do onto others as you would like them to do onto you, you set the standard for how you will be treated. You also contribute to making the world a better place (always a good thing)! So, really the choice is yours. It’s all up to you. Decide what kind of human being you want to be, the kind of people you want in your life and the kind of life you want to live!

How do you rise up when people behave badly?

How to Transform Envy into Thankfulness