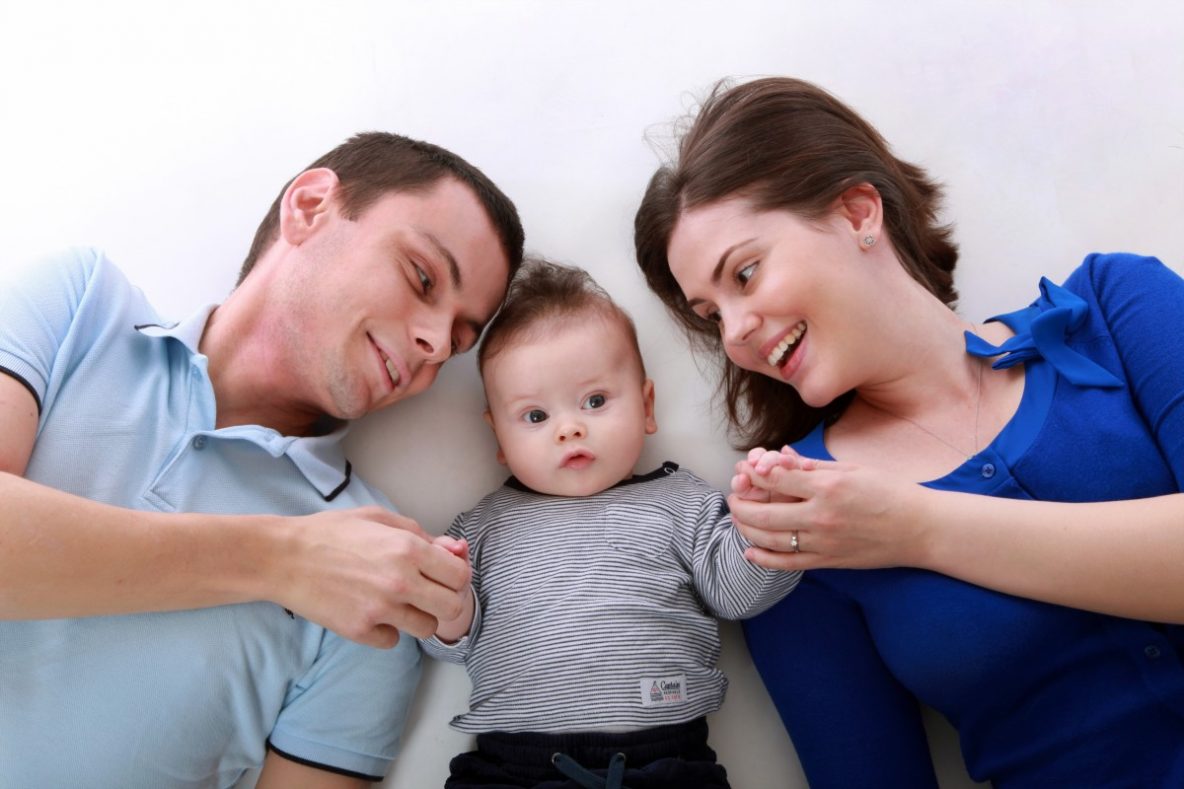 If you want your children to know how much you love them, does your face light up when they walk into the room?

As a mother, I cannot think of anything more important than loving your child and letting them know that you accept them just the way they are.

I understand the challenges of parenthood as I raised three children, including a set of twins. There were those days I thought I would never get through. Like when my son was two years old.

We walked into a toy store to buy a birthday gift for his cousin – a big mistake! He just didn’t understand that he couldn’t take “Big Bird” off the shelf and walk out with it. So, my two-year-old, acting just like a two-year-old, dropped to the floor wailing as he rolled down the aisles like a rolling pin, all the while screaming “Big Bird.”

I started sweating, not knowing what to do, as all eyes were on me for the next right move. That is until an older mom approached me and said, “Don’t ever be embarrassed by your children.” I never forgot that one. So, I scooped him up and headed out of the store.

I learned two huge lessons that day. Never be embarrassed by what your child does, and never- ever bring your toddler into a toy store or any place that will create emotionally charged behavior. At least until they’re 22.

Who said that the days are long but the years are short? Gretchen Rubin did. Super moms and dads know this all too well.

*Although I refer to super moms and super dads throughout this article, my true intention is to highlight the habits of super parents (in all their forms). I recognize the single super mom who has no dad to tag team with. As well as the single super dad who is also a mom to his kids. I acknowledge the families with 2 mommies or 2 daddies and applaud all that they do for their children regardless of the household composition. Traditional family structures may change but what it means to be a super parent will always remain the same; that you prioritize the love, care, health and happiness of your children above everything else.

The Importance of Organization for Super Moms & Dads

There was nothing more important to me than being a mother. I took care of them well before they took their first breath. Though they’re all grown up now, the caring and the loving and the worrying never end.

But how do you develop the habits of organized super moms and dads? You do it by creating structure, routine, and stability through organization. I do think that when we’re organized we are creating a good life for our children because it makes their life easier and it teaches lifelong important skills.

8 Habits of an Organized Super Mom

Super organized moms create systems that work for them. It becomes a game changer when managing a household, dealing with family, an overwhelming list of things to do and unrelenting demands on their time. Here’s what they do to keep the day rolling:

They Tag Team with Dad

8 Habits of an Organized Super Dad

Just the other day my 16-month-old grandson looked at a favorite picture, pointed to it and said “Dada.” My son-in-law quickly jumped in and said, “What about mama? She did the hard work. She gave birth to you.”

My daughter and son-in-law are a team. They support one another and they are best friends. No wonder my grandson runs around all day saying, “Happy!”

I’ve known and seen the most amazing fathers you can imagine. I’ve seen them in my own family. They do, they sacrifice, and they’re always there. Dads who cook, clean the pots, give baths, and they go on school outings. They teach integrity and kindness. Mostly, by being a role model and setting an example. They’re all in. Whether it’s braiding hair or teaching lessons that last a lifetime, including good manners (I know my dad did) it’s their unwavering presence that creates their Mr. Mom status.

Here’s what makes Him Super:

Parenting roles and styles may bump heads and parenthood itself changes throughout the years. Who does what, where and when changes because life changes and doesn’t stay the same. It all works as long as there is a steadfast commitment to your names, “Dad” and, “Mom.”

The Evolution of Parenting

Parenting today looks very different from the parenting of a few decades ago. Though the fundamentals are just the same, things have changed quite a bit in the last 70 years. Sure, moms and dads still have to deal with dirty diapers, temper tantrums, and juice stains today, but there are new challenges to contend with. So, what was parenting like in the past?

Parenting in the ’50s

Parenting in the ’60s

Parenting in the ’70s

Parenting in the ’80s

Parenting in the ’90s

Parenting in the 21st Century

As you can see, parenting has changed quite a bit over the decades and even more as we progress further into the 21st century. I like to think that the rise of super moms and dads’ means parenting has improved. Yes, kids spend less time outside and more time with technology (over-scheduled, social media–filled lives today), but parents are a lot more hands-on than in the past. Plus, the increase of hands-on dads who tag team with mom to do work around the house and spend quality time with their kids is something we are all grateful for!

Do you remember those funny quotes or phrases your parents always said? Honestly, half of them didn’t make much sense. So, you would roll your eyes, nod your head and just carry on with what you were doing anyway. But as an adult, do you find yourself repeating some of them to your kids today?

When your mother asks, ‘Do you want a piece of advice?’ it is a mere formality. It doesn’t matter if you answer yes or no. You’re going to get it anyway.

And, those are the habits of super moms and dads!

What funny things did your parents say?

How to Teach Children to be Organized