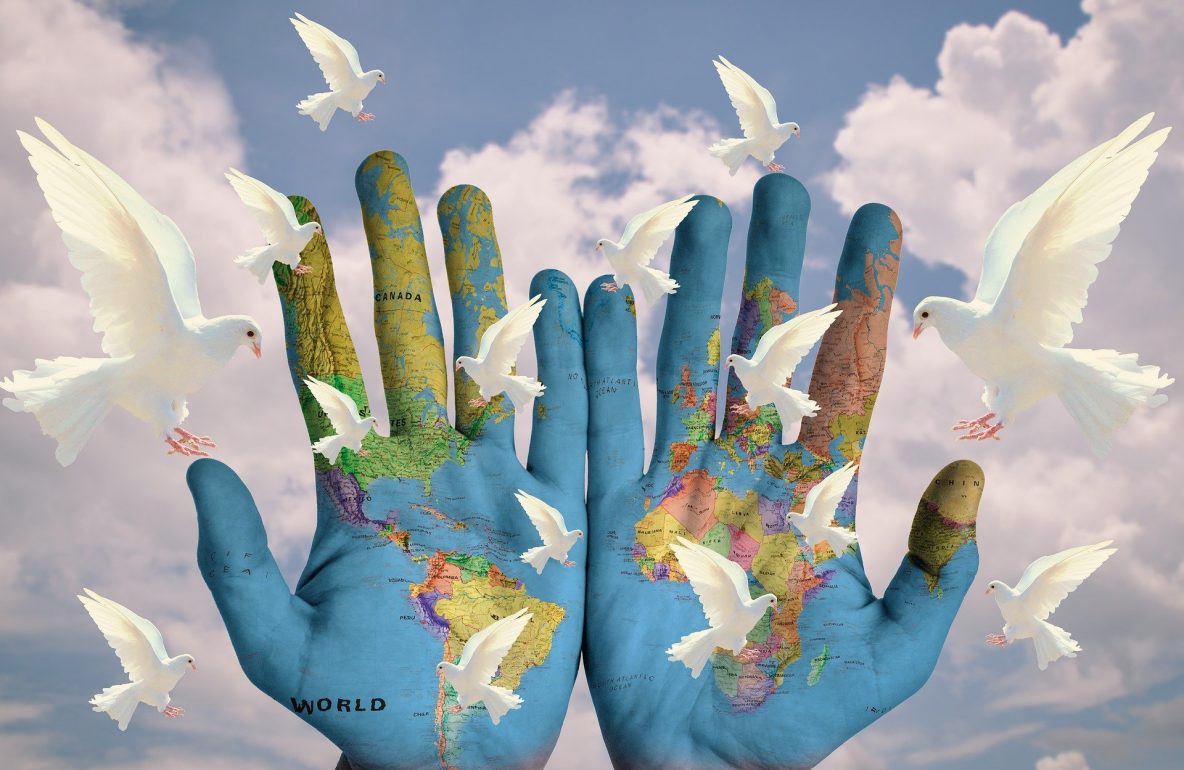 I’m lucky. I’m lucky in big ways and small. For instance, I have parking karma. It’s true and no less than 100% of the time. Even when a space is dearly coveted and the competition is rough, I’ll arrive just as a car pulls out, and I’ll slip in. I’m absolutely, positively confident. Ok. That’s a small way. Maybe not?

I have good health, a loving family, and great friends. Though there have been numerous times when lucky has gone out for a spin, I’ve never been too furious with my higher power. Sure, I wish I was taller with smaller hips–but I’d still pick my life if I got to do it all over again. The reason why has a lot to do with Mr. Rankin. That’s how it all started. I was 10 years old.

My childhood was not so bad; except, we were the first kids on the block to go through a divorce. For a while there, I became ornery – in a bitter sort of way, and I was angry at everyone.

A class mate of mine, her name was Eva, was the most irritating other 10-year-old that I knew, and she was always threatening to beat me up. Eva had a rough manner. She was harsh, crude and difficult –a challenge for my cantankerous spirit. So, one day armored with a list of complaints that would put an immediate halt to Eva’s threats and keep my nerves intact, I marched into the principal’s office with an irrefutable mission– sans a peace-offering.

Mr. Rankin was waiting for me. He listened to every word. I knew I had his ear. After all, I was an excellent student, voted to student council no less and I never got into trouble. Teachers loved me –and I was out to show Eva that she chose the wrong person to pick on. When I finished my side of the story, Mr. Rankin, underwhelmed by my righteousness, suggested another scenario.

The Other Side of Lucky

“Imagine this”, he asked.

“Imagine you were sitting around this large round table with six other people and each person, including yourself, took his or her problems and placed them in the middle of the table and scrambled them up. Now, you have a choice. You can choose one of the other problems in exchange for your own or keep the ones you have. What would you do?” Immediately I answered, “Keep my own.”

When he asked “Why?” I knew with certainty there had been another view, another side I had not considered before. “Someone else’s problems might be much worse than the ones I had.

I learned that Eva had a brutal life. She lived with her alcoholic father that would strike her with an extension cord. There was more. I was so shaken by the horror of it all; at 10 I had never known anyone who lived with such abuse, that it moved me to a place of compassion for a girl I had disparaged. I immediately befriended Eva, took her under my wing, and looked out for her until the day she moved away. I never forgot Eva. I prayed for her well-being hoping her luck would catch up to mine. I also never forgot Mr. Rankin.

That was almost 50 years ago. This mini intervention would not Rank-in today. With privacy laws, threats of law-suits hovering and not-with-my-child-you-don’t, that room with a view would not exist. Mr. Rankin must have known exactly what he was doing and who he was doing it to–I think he knew I’d get it. I really did. I got it for a whole long time and I’m still reflecting on it today.

I learned to pause before I cast judgment. I learned we don’t always know what drive’s another person’s behavior–it often has nothing to do with us. I also learned that as bad as something seems, I mean in a sad, unfair, where our luck has done a belly flop way –someone else’s wicked can be a great deal worse. If it wasn’t for Mr. Rankin, I may not have learned this lesson at such a young age – many don’t.

How to Stop Judging?

Create Your Own Lucky Life

As children, it may not feel like we have much control over our luck. We are born into different families, situations, countries, and circumstances that we often can’t change. But, I honestly believe that luck is subjective and your relationship to luck is dependent on your point of view. The moment I learned Eva’s side of the story, my perspective changed. Instead of an adversary, I saw another scared and confused girl who needed a friend. Perhaps, that was the day I became lucky. I like to think that the kindness I showed Eva changed her perspective too and that she would one day use it to create her own luck.

As a result of this experience, I strongly believe in the notion of “I will see it if I believe it”, not the other way around. That’s my way of making things happen. I use the power of my imagination to visualize the situation I want to be and then completely believe it is possible. It really works and brings me such positive results. Take my parking karma, for instance, I have an unwavering belief in my luck at finding excellent parking spots and it’s never let me down.

So, the next time you feel as if you have rotten luck, consider a change in perspective.  Shift your mindset and self-talk from negative to positive and decide to believe that you ARE lucky. Use your imagination to envision yourself having already achieved or arrived or whatever it is you want. Even if you don’t actually create a lucky outcome, the practice is empowering enough to create a shift. If you do it often enough, you never know what might happen.

Visualization is a powerful tool and many studies have shown that the technique can have positive results. Mental imagery is practiced by most people for personal growth and development, but as I said it can improve your luck too. Creative visualization works best when you hold a vivid mental picture of what you want in your mind; for as long as possible.

But how does your imagination and positive thinking create your luck?

When you think about what you want instead of what you don’t want, your mind is able to subconsciously organize the resources you need to achieve that goal. Basically, when you focus on your desired outcome your brain is able to plan a route to help you get to that outcome. Besides, positive thinking patterns establish harmony and balance within your body which programs your mind to see synchronicities and opportunities. In other words, you develop a predisposition for good luck. The more often you practice these positive visualizations the more aware you become of opportunities and the luckier you’ll be. This is your shortcut to a lucky life!

I’m Lucky and I know it

I’m lucky; I know it and I try not to take it for granted. I’m lucky in most ways, not in all ways but in all the ways that count. Thank my lucky stars.

In what ways are you lucky?

What to Do When People Behave Badly

How to Transform Envy into Thankfulness