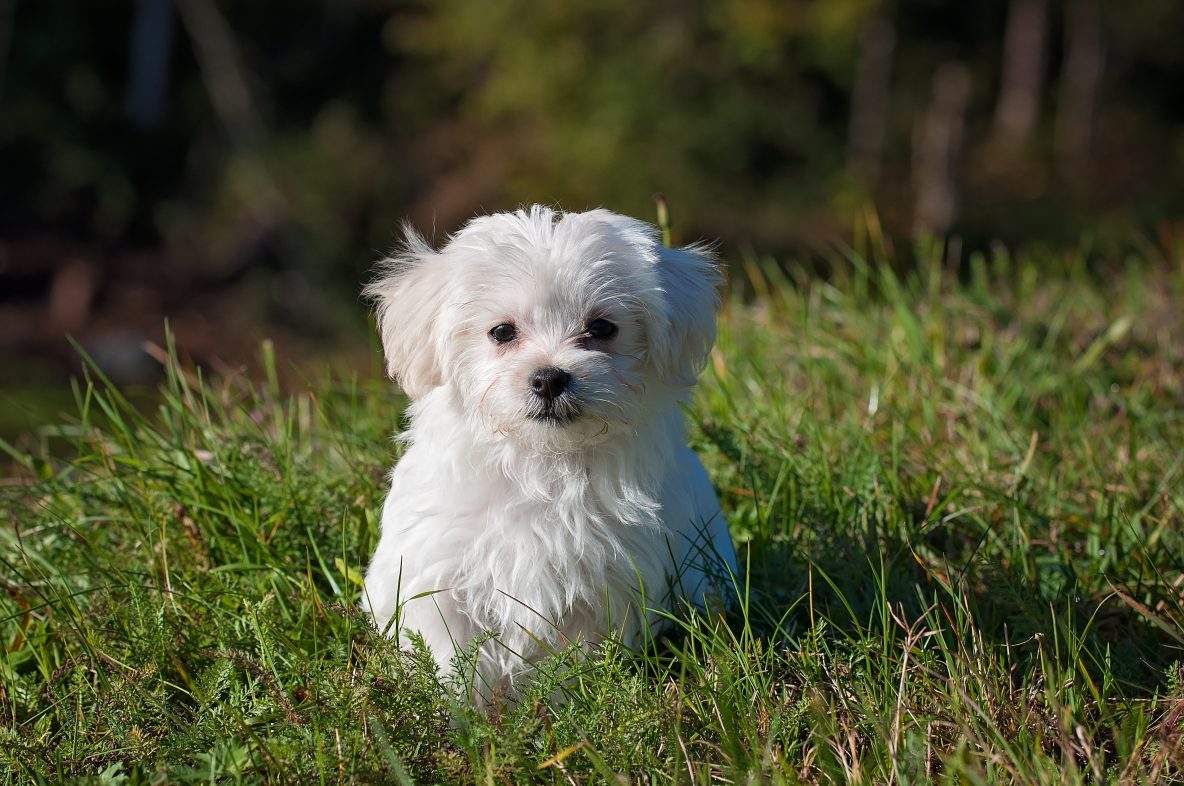 Do you believe in love at first sight? It’s the moment where you completely melt and resistance is futile. Your heart may flutter and your stomach becomes weak. And, there’s absolutely nothing you can do about it.

It was a cold day in January, a day that would change my life forever. I received a phone call. A friend of mine had a puppy that she couldn’t keep. Her sister was very ill and she was traveling daily to nurse her back to health. She decided to give me the puppy, knowing I would take good care of him. I went over to meet this catch – a pile of cotton ball and fluff. Just one look as I held him close, nearly took my breath away. He just kept staring at me and stayed steady in my grasp. I didn’t want to let go. Evidently, neither did he.

His sweetness had a hold on me that I could never shake off, I still can’t and that was so long ago. There was no way for me to have known then, that when I was training him, he was also training me. This is a story of how our pets teach us to be better people.

Harley was meant to be groomed for show dog life – I had other plans. I wanted a regular dog, a family pet. So, I did the responsible thing and had him neutered; ruining his chances for being crowned top dog. I didn’t need a ribbon to tell me what I already knew. Harley was really adorable, frisky, majorly tolerant, and loved bacon. I also knew that in my home, Harley would have a happier life. Not having to endure hours of handling, grooming, spritzing, and polishing; agility training, dietary, and exercise routines, all for a hobby where he didn’t get a vote.

Still, I knew he was a prize. A part of me always regretted not giving him the chance that he was born to have. It made me think about choices in another way. Choices before we take action that can’t be undone and how it affects all the players. Not just me.

What We Do For Our Pets

One day, I got home and crawled into bed with what must have been the flu. I threw off my clothes and the high heels I was wearing that day. As I looked out the window, I saw a dog that looked just like Harley. Until I realized that it was him! Someone forgot to shut the back door leading out to the garage and Harley escaped. Getting dressed as fast as I could, reaching for the closest shoes in sight, my heels, I began a chase for Harley.

Through the neighborhood, the backwoods, and up and down the road in my wobbly stilettos. To him, it was a game. Every time I got close, ready to grab him, he’d dart off in another direction. This went on for 2 hours until he was out of sight. I thought he might have run towards traffic, but I wasn’t sure and he wasn’t anywhere. I asked everyone I saw and even stopped traffic, no one had seen him and it was getting dark.

I prayed that he wouldn’t be hurt. And if found, or stolen that he’d be well taken care of. I finally gave up and walked home, with one broken heel, sobbing and exhausted. My next-door neighbor stopped me, as I passed her on the road, saying she just saw Harley in my yard. “You’re wrong, he’s lost and I’ve been looking for him everywhere.” Yet, as I turned the bend, there he was, sitting pretty by the doorstep, as happy as could be. The game, at least for him, was over. Boy was I happy and really mad at him for that wild chase.

After, I scooped him up, thrilled that he was safe and back home, I crawled back into bed. The very next day, I ordered an electric fence and dog training – for me!

The biggest lesson I learned was to never wear high heels while running through the woods. Really though, I sat down with my family and discussed how everyone was going to do their share to take responsibility for Harley. Our pets need us to be organized, responsible, and attentive. Tasks were set up to keep him safe. We were all in and that never changed.

My son, just 6 at the time, decided to take Harley under his wing. Walking into his room one evening, I overheard him telling Harley, “I’ll always love you and I’ll never leave you.” It begins at that instant. Where our pets get under our skin, we become vulnerable, they become our best friends, and voila – a bond forms to last a lifetime. And in the end, saying goodbye becomes heartbreaking.

Our pets can teach children a lesson in responsibility early on in life, as it did my son. By caring for and taking responsibility for a pet, kids learn what it’s like to have a living creature rely on them. This, in turn, cultivates empathy and respect for all life. But it also teaches kids the importance of commitment and consistency, that they will carry with them into adulthood. As a result, children gain a sense of worth and self-confidence that will serve them well. Plus, the tail-wagging appreciation, puppy kisses, and joyful companionship provide them with a wonderful reward for their responsible actions. That’s why caring for our pets teaches children responsibility in a way that little else can.

Recommended Reading: One Remarkable Motivation Lesson Learned from a Dog

Spunky and at a times, very puppy-like, my old friend started slowing down. Harley slipped off a cushion that was a mere 7 inches off the ground. It was a freaky accident that dislocated his hip. He was in so much pain, lying quietly as we rushed him to the vet first and then to the emergency animal hospital. I wouldn’t leave the waiting room until I knew he had been seen and was no longer in pain.

I made a complete pest of myself – I just wanted him to be taken care of, and quickly. I always knew the importance of standing up for anyone that didn’t have a voice.  I was now his advocate, for hours, as my children watched and learned this valuable lesson. It ended well; and by the next morning he was put back together and ready to romp.

By the time Harley was 13, he’d lost most of his eyesight and his hearing was faint. He could see shadows, but he had difficulty when I called his name. He maneuvered around the house just fine, from memory and scent. Occasionally, though, he’d confuse his way and take a bump. I took to carrying him up and down the stairs so he wouldn’t miss his step. He was my proud warrior.

I tried to understand how my dog felt  by reading his eyes and watching his mood. He couldn’t tell me but, still, I tried to know. He needed my care and attention now more than ever. Harley was a proud dog and even after his accident, he seemed just fine. Perhaps not brand new, and perhaps not all that steady. Yet, he knew we loved him and we knew he loved us.

You see, love for our pets cultivates empathy and compassion. Not just towards our pets, but towards ourselves and others as well. Pets have this way of bringing down the barriers we construct around ourselves as defense mechanisms. They open our hearts and our minds as they teach us about kindness, love, loyalty, friendship, and duty. In short, they make us better people.

At the end, when we knew it was time, my son, now 23, was so choked up he couldn’t speak. He sobbed like a baby and held Harley in his arms until it was over. I knew his heart was breaking. He didn’t want his sweet dog to be alone.

My son grew with enormous sensitivity over the years. I’ve seen him show love like no other. It started as love at first sight, until love at last sight. From the moment we took our first look, the one that melted our hearts and took our breath away. There was nothing that any of us could ever do about that.

How do you think our pets make us better people?

How to Teach Children to be Organized

What are the Habits of Super Moms & Dads?